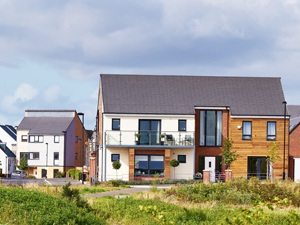 Taylor Wimpey has announced that it is putting aside £130 million to compensate homeowners who have been saddled with unmanageable ground rent charges and onerous leasehold agreements.

Housebuilder Taylor Wimpey apologised to customers ahead of their AGM last week after being caught up in a national leasehold scandal which was branded as “the PPI of the house building industry”.

The building firm sold leasehold properties between 2007 and 2011 under the pretence that they were “virtually freehold”. The contract terms stipulated that the annual ground rent fee would double every five to 10 years, which resulted in spiralling costs, rendering the homes almost impossible to sell on.

In its statement, Taylor Wimpey said:

“This lease structure was introduced by Taylor Wimpey in good faith in 2007. However, it is clear from our review that the impact of these doubling rent review clauses is now causing some of our customer’s understandable concern.

“We acknowledge that the introduction of these doubling clauses was not consistent with our high standards of customer service and we are sorry for the unintended financial consequence and concern that they are causing.”

“Our review of leases with ten year doubling ground rents is now complete and, following conversations with freeholders and lenders, we are today announcing measures which will address our customers’ concerns in an appropriate and fair manner.

“Whilst there is a financial cost to the group related to this course of action, we confirm that our dividend targets and land investment programme are not impacted.”

Sebastian O’Kelly, of the Leasehold Knowledge Partnership, responded to the review:

“Home buyers wanted homes and trusted a plc housebuilder. Taylor Wimpey created an investment asset class – the freehold – which it then traded to anonymous and murky investors, who hide their beneficial ownership behind nominee directors.

“This ground rent racket is wealth erosion on a massive scale, which has fallen mainly on young first-time buyers and their families. It has revealed the rotten core of leasehold as a form of property tenure.

“£130m is not small change. It is a start in resolving this issue. But await the details.”

“Taylor Wimpey has recognised that leaseholders have been disadvantaged by at least £130m. What is needed now is for all other developers to recognise their responsibilities.”

Other building firms who have been criticised for the same practices, such as Persimmon and Bellway, are yet to review the issue or offer any form of compensation to homeowners.