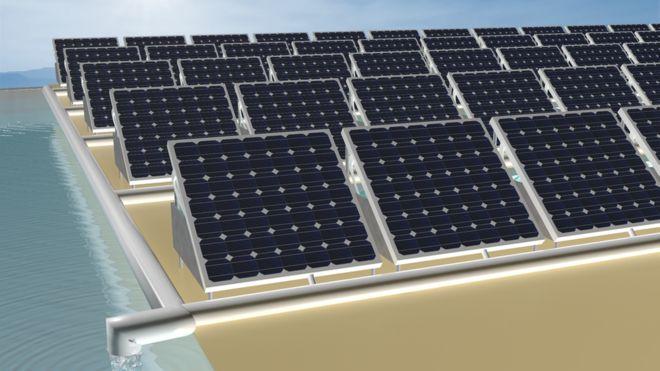 Researchers have found a way to purify water and produce electricity from a single device powered by sunlight.

The scientists adapted a solar panel that not only generated power, but used some of the heat energy to distil and purify sea water.

They believe the idea could make a major difference in sunny climates with limited water supplies.

The lead author expects that a commercial device could be available in five years.

Clean energy and clean water are among the major challenges for sustainable development especially in emerging countries. But traditional approaches to electricity generation consume huge amounts of water. In the US and Europe about 50% of water withdrawals are for energy production.

Similarly, producing water for humans via desalination in countries with water scarcity is a huge consumer of energy. It’s estimated that in Arab countries around 15% of electricity production is used to produce drinking water.

Now, researchers believe they have found a way to combine these actions in a single device.