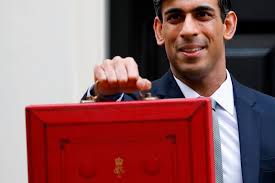 Self-employed workers can apply for a grant worth 80% of their average monthly profits to help them cope with the financial impact of coronavirus, the chancellor has announced.

The money – up to a maximum of £2,500 a month – will be paid in a single lump sum, but will not begin to arrive until the start of June at the earliest.

Rishi Sunak told the self-employed: “You have not been forgotten.”

Wage subsidies of 80% for salaried employees were announced last week.

Shortly after the chancellor spoke, the number of people in the UK who have died with Covid-19 – the disease caused by coronavirus – jumped by more than 100 in a day for the first time.

The government had faced criticism for failing to provide support for self-employed and freelance workers in its earlier package of economic measures.

Mr Sunak said the steps taken so far were “already making a difference” but it was right to go further “in the economic fight against the coronavirus”.