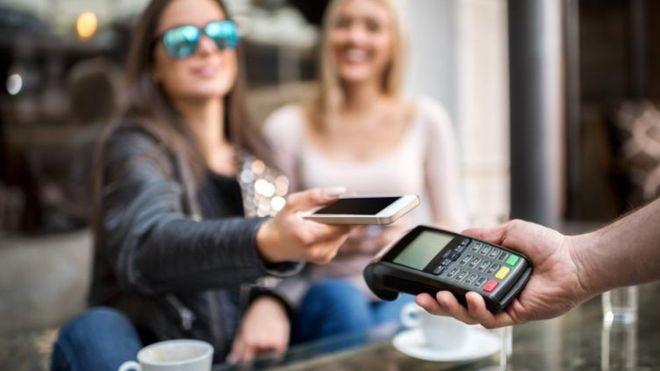 Contactless payments have become so popular among UK consumers that they accounted for half of all debit card transactions in July.

It is the first time the 50% level has been reached, according to figures from banking trade body UK Finance.

Contactless allows consumers to pay by placing their card, or smartphone, near the merchant’s machine, without the need to enter a PIN.

It was used 647 million times on debit cards during the month, the data shows.

The technology was adopted relatively slowly by consumers in its early years, but widespread use on public transport has given it a significant push.

The use of contactless – which includes cards loaded onto smartphones – outstrips debit card payments using a PIN, as well as online transactions.