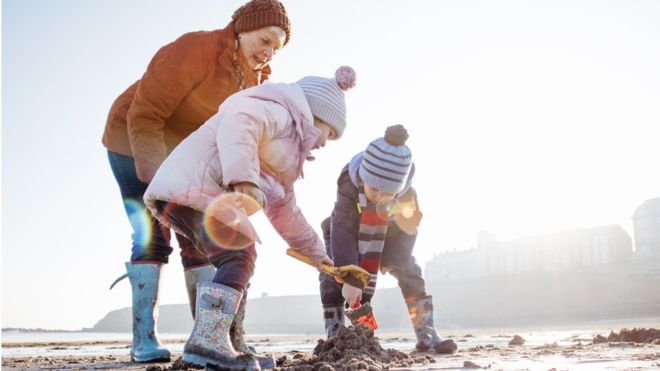 As many as 90,000 grandparents and family members are missing out on a little-known perk that can increase their State Pension.

National Insurance Credits for those who look after young children can be worth up to £230 a year in retirement.

Insurance firm Royal London said 90% of those eligible were failing to claim the perk, known as Adult Specified Childcare Credit.

It is for family members who look after their relatives’ children.

Parents or main carers can claim National Insurance Credits under a separate scheme.

In the year to September 2017 there were 9,486 applications for the credit.

However, that was a significant increase on the previous year, following an awareness campaign.

Royal London obtained the figures under the Freedom of Information Act from HM Customs and Revenue (HMRC).

Under the rules, any family member who looks after a child under 12 can make a claim, if the child’s main carer or parent is working.

They also have to be of working age. Many claimants are grandparents. Anyone wanting to make a claim can apply here.

As with parents who stop work to care for children, National Insurance (NI) credits make up for gaps in contributions. Workers now need to have 35 years of NI contributions to claim the full State Pension.

Some carers, and those out of work, can also claim NI credits.

“This National Insurance credit is a valuable right, and it is good news that the numbers claiming have risen so dramatically in such a short space of time,” said Steve Webb, Royal London’s policy director.

“But we believe that there are tens of thousands more grandparents who could be entitled to benefit, and we would encourage more of them to find out about the scheme and to make a claim.”

The Department for Works and Pensions (DWP) advised people to get to know their pension, and find out what they may be entitled to.

Parents who claim Child Benefit automatically receive NI credits while they have a child under 12.