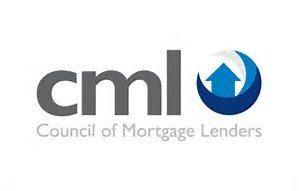 The number of repossessed properties fell last year to the lowest level since 1982.

Data from the Council of Mortgage Lenders shows the number of properties taken into possession in 2016 declined year-on-year by almost 25% to 7,700.

The number of possession cases declined in the fourth quarter of 2016, as well as over the year as a whole. In the final three months of the year, 1,800 properties were taken into possession, down from 1,900 in the preceding quarter and 2,200 in the final quarter of 2015.

But this figure may also have been distorted by the timing of possession actions, the CML said.

The number of owner-occupier mortgages in arrears edged upwards in the final quarter of last year, from 88,300 to 89,200, but was lower than the 96,200 total at the end of the previous year.

Paul Smee, director general of the CML, said: “It is encouraging to see another improvement in arrears and possessions during a year in which borrowers were clearly helped by the downward trend in mortgage rates.

“Lenders remain committed to helping borrowers work through any period of temporary payment difficulty and remain in their home wherever possible.”