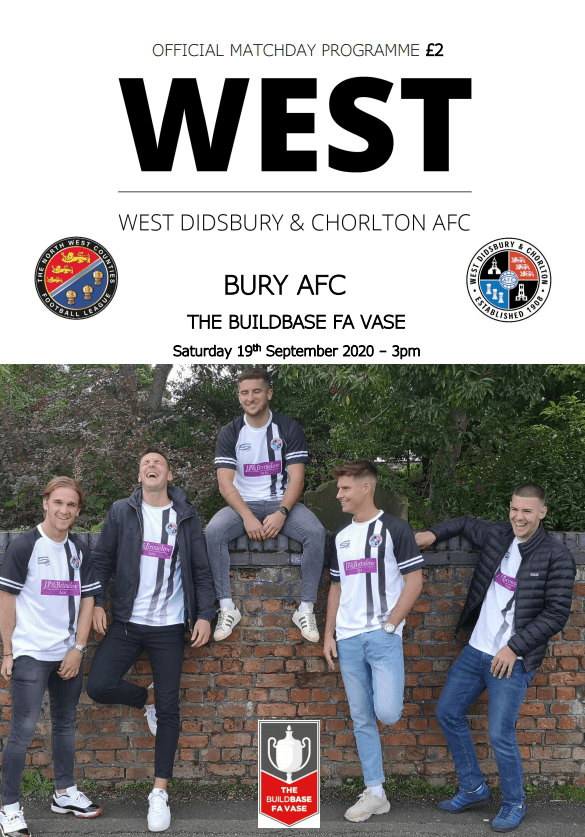 West secured FA Vase progression against Bury AFC as competitive action returned to Chorltonville, but that only tells a fraction of the story on one of the great days at Brookburn Road.

Some 189 days after West’s last meaningful game, this was an instant reminder of the appeal of live, competitive football. Sam Heathcote opened the scoring just after the half-hour mark before a pulsating second period that saw both sides reduced to ten men, West have a shot cleared off the line and Bury hit the woodwork before an exchange of goals in stoppage time.

Capacity restrictions meant that Brookburn Road was denied what would have been a bumper crowd in an alternate timeline, but vocal support for both sides still ensured a cup-tie atmosphere. The game itself took a while to find a rhythm, though the tone was set early on with a series of robust challenges that kept referee Kieran Chell in constant employment. https://wdcfc.co.uk/2020/09/west-2-1-bury-afc/