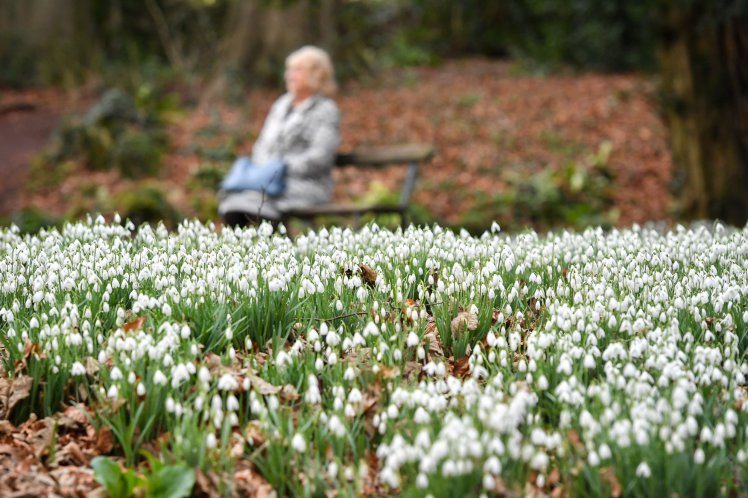 Winter is going – as the first sign that the season is over is here. Snowdrops, the blooms that signal the end of winter is on its way, have arrived around a week early this year. According to the Royal Horticultural Society, a mild winter mean that snowdrop varieties usually not seen until the turn of the year were already flowering in the first part of December. Ordinary snowdrops have also arrived a week earlier than last year – and much earlier than the cold winters of 2009 and 2010. Snowdrops have seen the flowering time shift in recent decades as a result of climate change, with the ‘fair maids of February’ – once common in late February – now routinely flowering in the first part of January.

Despite their popularity in this country, they are not actually native to the UK, Barter said. Wild snowdrops hail from across continental Europe – from the Pyrenees and northern Spain eastwards to Ukraine, and from Germany and Poland down to southern Italy, Albania and northern Greece. ‘No one is quite sure when they were introduced to the UK, possibly by the Romans, but they were around when the monks cultivated gardens in the late middle ages,’ Barter said.

But their popularity put them at risk in their native range. Now, all species of snowdrop are listed on the Convention for International Trade in Endangered Species (Cites) to control the harvesting and trade in wild plants. Although international trade is considered to have ceased, in some areas in eastern Europe populations are still at risk from habitat loss.