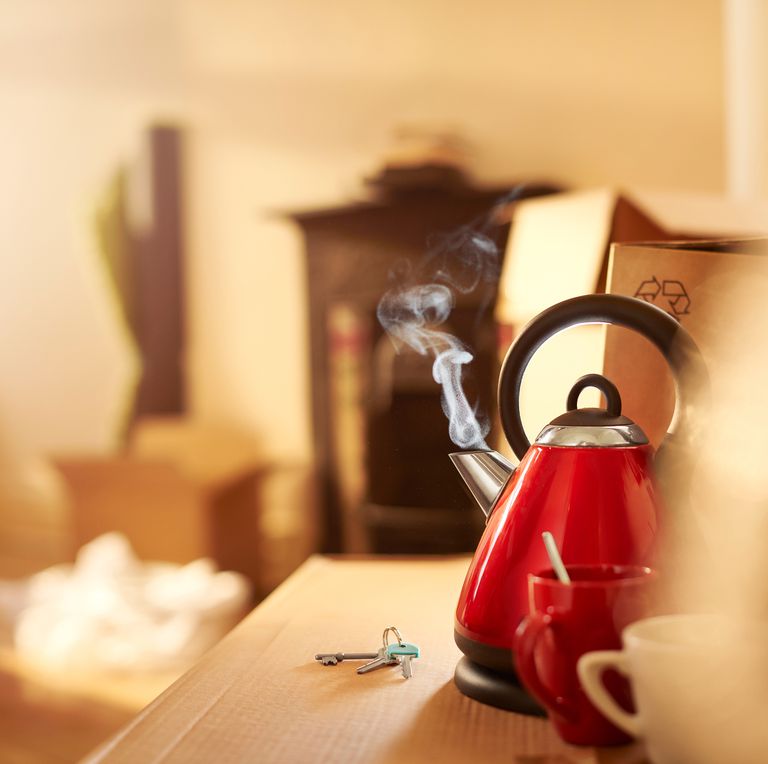 The kettle is the first thing we unpack when we move house because it turns out all we want after a stressful moving process is a cup of tea or coffee.

In a survey of 2,000 homeowners by UK housebuilder Redrow, more than half (58 per cent) revealed that unpacking the kettle is the very first thing they do. It’s hardly surprising – moving day is chaotic enough so once the final boxes are in, popping the kettle on for a cuppa is the perfect way to unwind (even if only for a mere five minutes) before all the unpacking begins.

Setting up the TV and getting online were also main priorities for moving day. Almost two-thirds (65 per cent) connected their TV in the first 24 hours, while 57 per cent set up their WiFi router during this timeframe too.