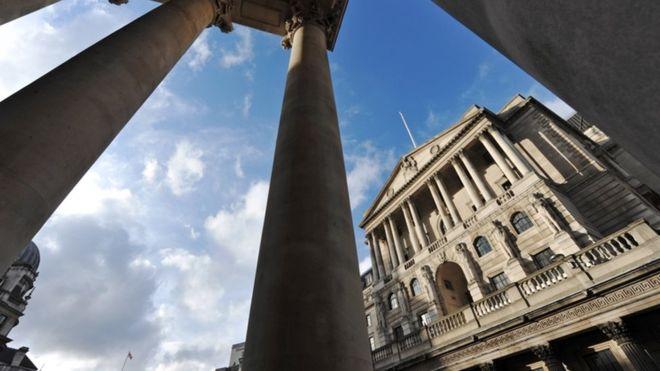 The Bank of England says the UK banking system is still resilient to the financial impact of a worst-case disorderly Brexit.

The comment came in its regular health check on the banks, the Financial Stability Report.

The Bank said “the perceived likelihood of no-deal Brexit has increased since the start of the year”.

It said that “material risks” of economic disruption from such a scenario remain.

However, there had been “some improvement in the preparedness of the UK economy for no-deal Brexit”.

Since last year, UK banks have been forced to hold back more capital, and demonstrate easy access to £1 trillion in funding (liquidity).

The Bank says that such a buffer would allow the banking system to continue to lend into the economy, even if the UK were shut out of international markets for three months.