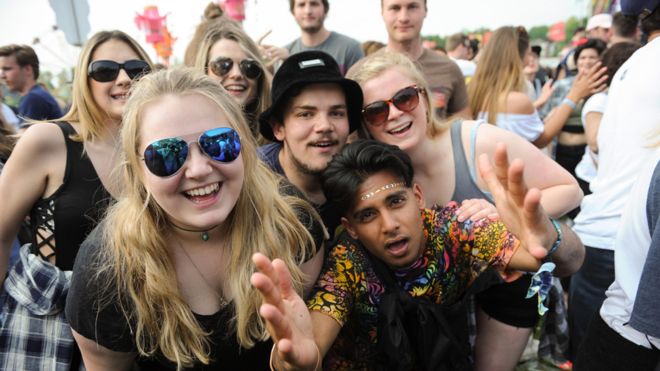 Cities are often thought of as places for the young, but the reality is that many have an ageing population. What difference does the age of a city’s residents make?

Over the past two decades, the average age of a UK resident has risen by two years, to 40. Within 30 years, one in four people is expected to be aged 65 and over.

But the picture in cities is more complex.

Despite this, the populations of most UK cities are growing older, raising big questions about what that means for their development, and for meeting the future needs of residents.

The Centre for Cities looks at built-up urban areas with 135,000 or more people, rather than just officially recognised cities. This allows us to compare changes across the UK’s largest centres of population.

The UK city with the youngest population is Slough, with an average age of 33.9 and only one in 10 people aged 65 and over.

Slough and Luton have particularly high shares of under-18s, partly because they have the highest birth rates of all UK cities – 16.6 and 17.9 births for every 1,000 residents, compared to the British average of 11.8. This has been partly driven by their young migrant populations.

In contrast, Blackpool has the oldest population of any UK city, with an average age of 43.2.

These cities have high shares of people who are at retirement age.

More than one in five residents of each city was 65 and over in 2016 – apparently reflecting the pull of the seaside for people who have finished their working lives.

Change over the past 20 years

Over the past 20 years, younger people have increasingly chosen to live in urban areas, while the share of older residents in cities has fallen.

In contrast, the share of people aged 65 or older in cities fell from 51% to 46% during this period.

Only six cities – Brighton, Exeter, Oxford, Cambridge, Coventry and Slough – saw a drop in the average age of their population, mostly as a result of expanding student populations and Slough’s high birth rate.

The populations of most cities grew older.

Sunderland’s population aged most, with the average resident being just under four years older (41) in 2016 than in 1996. It is closely followed by the urban areas around Aldershot, Warrington and Middlesbrough.

There are two main groups among the cities which age faster than others.

The first is made up of those which have struggled economically in recent decades – for example, Middlesbrough and Wigan.

They have seen a decline in people aged between 25 and 40 – most probably because of young people moving away in search of job opportunities.

The second group is made up of new towns such as Milton Keynes and Warrington.

It was mostly young people who moved to new towns in the decades after they were created.

However, those once-young residents have got older – and the average age of these cities has increased.

Milton Keynes, for example, had a large population of 20 and 30-somethings in 1996, but they are now approaching middle age.

What does this mean for cities?

A younger population can bring advantages such as attracting businesses, who will have a larger pool of working age residents to draw from.

However, cities need to provide opportunities for young people to start and build careers, as well as cultural amenities, schools and affordable housing.

Among those cities which have been getting younger, Oxford, Cambridge and Brighton have large shares of high-skilled, high-paying jobs, and all offer good access to quality schools.

But housing is an issue in these cities, which are among the least affordable places in the UK.

Cities with older populations have different benefits and challenges.

Older people of working age tend to be more productive and can command higher wages because of their experience and skills.

This in turn increases disposable income which can be spent in shops, bars and restaurants.

But it’s also clear that places which have older residents face greater demands in terms of health and social care provision.

Another challenge, which faces all cities, is that they do not have great flexibility over how they spend money.

For example, much of the money that cities receive from central government is allocated for specific issues – like potholes and schools.

It could be that some would benefit from being able to prioritise social care, or affordable family homes, for example.

As their populations continue to diverge, cities are likely to become increasingly focused on the needs of their own residents.

It is clear that some will be growing old faster than others.

This analysis piece was commissioned by the BBC from an expert working for an outside organisation.

Andrew Carter is Chief Executive and Paul Swinney is Head of Research and Policy at the Centre for Cities, which describes itself as working to understand how and why economic growth and change takes place in the UK’s cities.