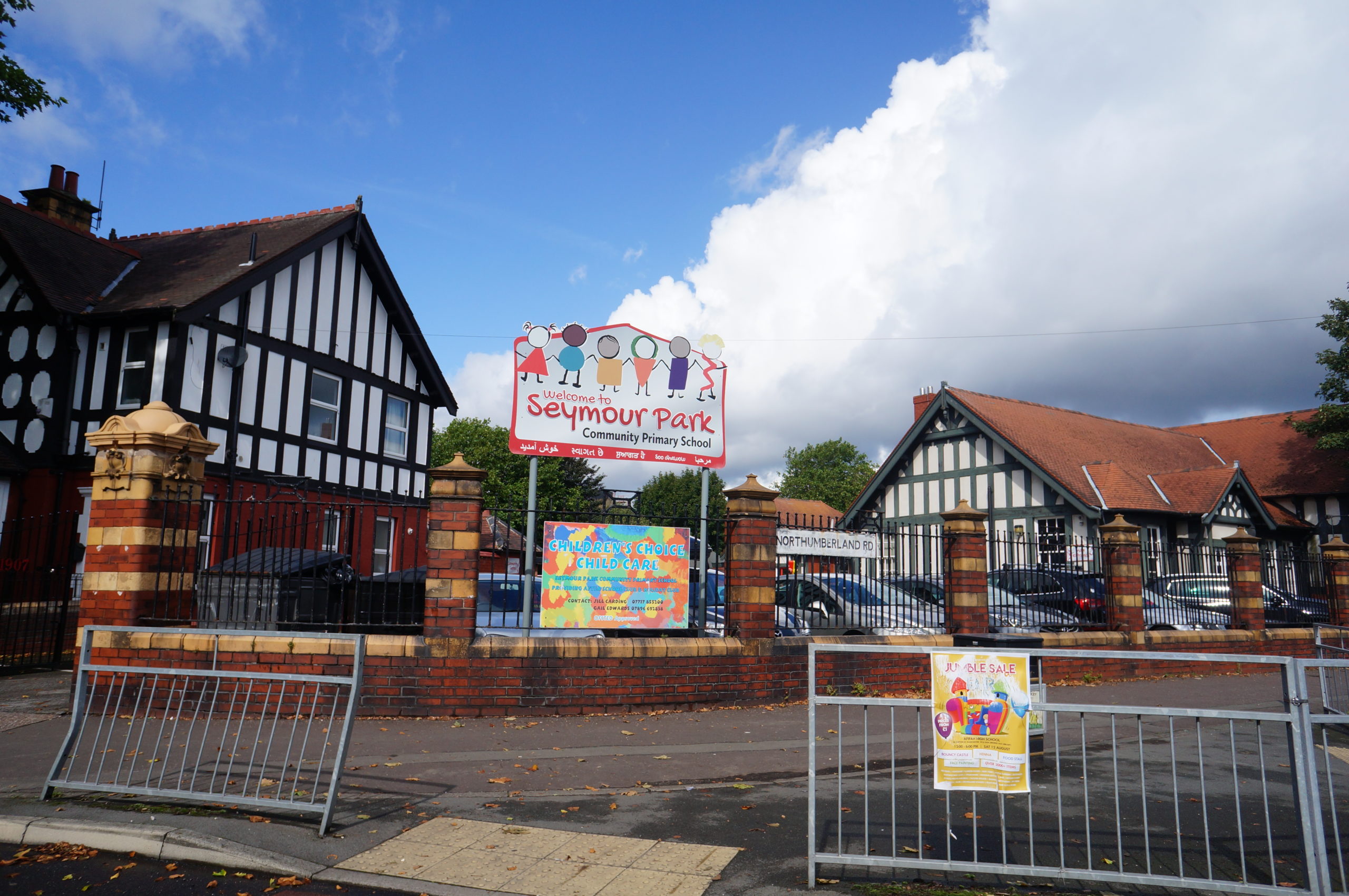 Old Trafford is an area of Stretford within in the Metropolitan Borough of Trafford. It is arguably most famous for being home to Manchester United’s football stadium and Lancashire County cricket club, but there’s more to the area than world famous sporting landmarks.

Back in the 1820s, Old Trafford became the site for a Royal Horticultural and Botanical Gardens. White City Limited purchased the site in 1907 and subsequently turned it into an amusement park. From the 1950s to the 1970s White City Stadium was used as a racing track for stock cars and greyhounds.

These days the site off Chester Road is home to White City Retail Park which lies behind the original gateway to the Botanic Gardens. There you’ll find a huge number of big-name brands including Wren Kitchens, Bensons for Beds, Oak Furnitureland and Sofology – perfect for those planning some home improvements. It’s a great place to do your food shopping thanks to a M&S Foodhall, Aldi and an Iceland Food Warehouse (although there’s a Sainsbury’s and a Tesco Extra 24/7 further down Chester Road towards Sale).

Having been at the forefront of the Victorian parks’ movement, Trafford has a historical association with green open spaces. Local parks include the well maintained Hullard Park which features a bowling green, pond, a wildflower meadow, and a play area suitable for toddlers and younger children. Seymour Park is approximately 15 acres and offers two play areas for younger and older kids, a full-size football pitch and basketball court, and is the location of Old Trafford Youth Centre.

Old Trafford is ideal for those who require easy access into Manchester by car, bus, or bicycle as it’s only a couple of miles away. Drivers can also enjoy easy access to the motorway network via the M60. The A56 passes directly from Manchester through Old Trafford and leads onto neighbouring areas including Stretford, Sale and Altrincham. However, traffic can get quite busy on match days.

If you’d prefer to hop on a tram, Old Trafford has its own Metrolink stop, and it’ll take around ten minutes to get into the city centre. Other nearby tram stops include Trafford Bar and Firswood.

The Lowry Outlet Mall, The Lowry Theatre and the Imperial War Museum North on the banks of the Manchester Ship Canal along with many bars and restaurants. A short journey by car will take you to the Trafford Centre, a huge shopping mall and entertainment complex.

Cultural diversity has been a feature of the area for over a century when Irish immigrants came over to work on the Manchester Ship Canal in the 1880s. The heart of modern-day Old Trafford lies around Ayres Road with its variety of local shops selling food European, Caribbean and Asian ingredients offering a real flavour of the multi-cultural nature of the neighbourhood.

As Old Trafford is relatively close to central Manchester and there are good transport connections to buzzing neighbourhood towns of Stretford and Sale, it’s slowly becoming more popular with young professionals, families and first-time buyers.