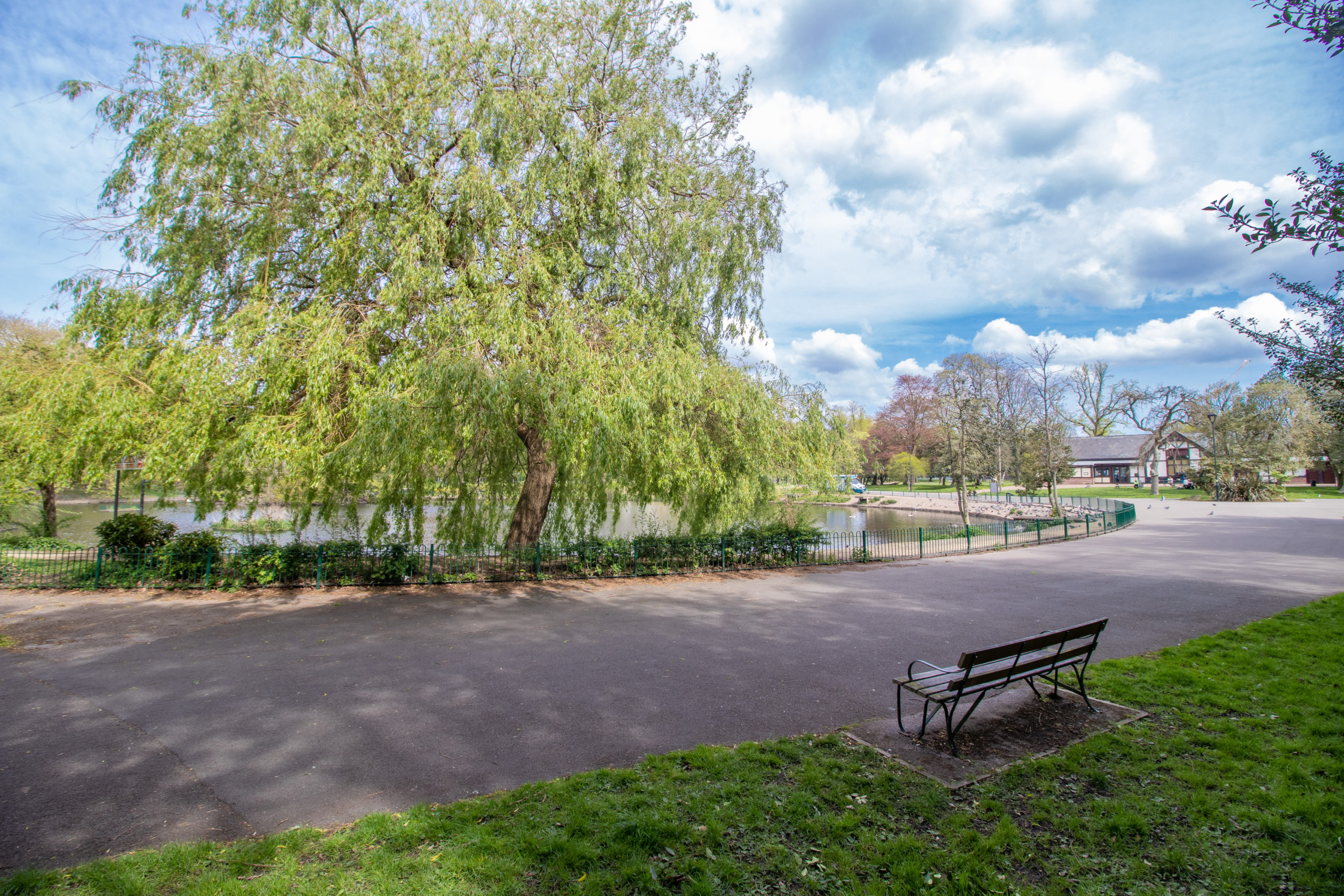 Whalley Range is only two miles South West of Manchester city centre and shares a border with trendy Chorlton as well as Old Trafford, Stretford, Moss Side and Fallowfield.

It was one of the earliest of the city’s suburbs, originally built by local businessman Samuel Brooks as ‘a desirable estate for gentlemen and their families.’ Walking though Whalley Range can be fascinating with so many beautiful buildings hidden down seemingly inconspicuous roads.

Glimpses of the area’s wealthy past can be seen everywhere, especially around College Road. Streets are mostly wide and leafy with mature trees, and although many spacious Victorian and Edwardian properties remain, most have subsequently been divided into flats. Newer developments, terraced houses and semi-detached properties have been built on the site of demolished houses and previously vacant plots left during the initial stages of the area’s re-development.

These days the area is lively and multicultural, attracting a strong community of creatives, families and young professionals who are attracted by its potential. Property prices are lower than near neighbours Chorlton and Didsbury and the area has benefitted from recent investment. Whalley Range is served by a Tesco and a Co-op, but you’ll find a wider range of interesting ingredients in some of the smaller ethnic shops.

The melting pot of different cultures comes together to create a dynamic community vibe. Local groups include Friends of Manley Park, WRYOA, Whalley Range Community Forum and others who come together to organise and promote a series of annual events. These include a community festival which is held in Manley Park every year. A regular and varied programme of workshops, classes and activities is available for locals all year round.

There are lots of lovely parks and green spaces to enjoy. Alexandra Park is a 60-acre park which originally opened in 1868, to ‘deter the working men of Manchester from the alehouses during their day off’. Thanks to the completion of a recent £5million investment, improvements have been made to the Pavilion, paths around the lake and the restoration of historical features such as the drinking fountain. Shrubs, plants and flowers have been planted and a community café has been added as well as a cricket square, floodlit tennis courts and improved play facilities.

Manley Park is a small friendly green area between Alexander Park and Longford Park. Longford is the largest municipal park in Stretford, and because is borders Chorlton, it is fairly accessible from Whalley Range.

Because Whalley Range is so near to Manchester, transport links are excellent. Regular buses run in and out of the city centre and there are Metrolink stops within easy walking distance including Firswood, Chorlton and St Werburg’s Road.

Whalley Range is popular with commuters and those keen to live somewhere which offers easy access to the City Centre as well as its vibrant neighbouring suburbs. Property prices are lower here which is why this area has seen an increase in interest from young professionals and families attracted by its development and investment potential.